To believe any service is any good, or does what it promises, you need proof it's the real deal...

You'll find on this page a selection of comments and stories from the directors and owners of accountancy firms. Their experiences are different but they all have a deep desire to develop a better accountancy firm.

Let’s start with a 3 minute insight from a sole practitioner who only works one day a week in his successful 16-person accountancy practice.

​Simon worked with Paul closely for several years and achieved a meteoric change in his firm. Simon's team now brilliantly look after GreenStones clients and allow Simon to only work one day a week (on average) in the firm. A young family, hollidays (13 weeks a year), and other business interests consume the rest of Simons time. Here's Simon's thoughts on working with Paul and Remarkable Practice...

Working out the best course for your firm and then staying on course can feel daunting.

Rob Walsh runs a highly successful accountancy firm in Wiltshire, Clear Vision Accountancy Group. Rob and his team have built a remarkable reputation in the dental sector and have recently started doing the same in the veterinary sector.

Here's Rob talking about some of the specific wins from a recent board meeting and sales and marketing meeting attended by Paul from Remarkable Practice. He then talks about the merits of using an outside adviser or non-exec and how it helps confirm he's on the right course and helps ensure he stays on course too.

Specific wins from a recent board meeting

The value of external advisers

Investing time and money and effort in changing your firm can feel a bit daunting.

Getting an outsider involved can feel risky, uncomfortable and hesitant. Will it be too painful? Will it pay off in the long run?

Here's Elinor Perry's thoughts on working with Paul in a non-exec advisory role for her firm and how it's had a long term impact on their results. Elinor works with a great team of accountants and support people from recently expanded and refurbished offices in Leamington Spa.

Overcoming inertia in a firm can be a real challenge, getting away from the status quo can be tough. And the more partners, and the larger the team, the harder it can be.

Laurie Riley run's a well-respected 10-partner, 2-office firm in Shrewsbury and Telford. From the kick-start meeting with the partners here is Laurie's reaction:

“For me the most important outcome was that we have some key actions that we can now focus on. The hard part will be putting it into practice, but you have laid a great foundation for us with agreed actions, timescales applied and people responsible for making it happen. We’re already well on with the client grading process and we’ll be agreeing the next steps and the measuring process at Monday’s catch up meeting. Of course the proof of the pudding will be over the next few weeks, but we all feel we have made a great start.”

Since this project has got into full swing the firm has seen improvement across a few important KPIs.

Even when you're committed to improving results in an accountancy firm, it takes real bottle to stick your neck out in a multi-office multi-partner firm.

Nick Price arguably put more than his neck on the block to work with Remarkable Practice but here's what he has to say about the experience.

The thing about this sequence of meetings with Paul and the follow-up calls, is that after only 3 months, the landscape looks much clearer for us all. It is almost as if, for the first time we have had our heads lifted up, and can see the the opportunities for change which previously had been buried."

"Paul's approach invites us to develop focused action/systemisation as the weekly game progresses. I didn't have to say much to the team. We have found that some of the answers were already within us. As a result, since they have willingly bought in, progress has been remarkable. Implementation has become a pleasure, rather than just an intention."

"There's a load of work and changes to embrace still, and not all of it pretty, but the clarity of what needs to be done, as a direct result of his asssitance, both demands and quickly receives positive and clinical action - Do it NOW!"

When serious, pressing, strategic issues come to bear on an accountancy practice it can be useful for the senior people to take a 'time-out'.

A couple of days after we ran a strategic away day for the then 3 directors at Cedar & Co we received a lovely letter, unprompted.

Here are a couple of comments from the letter:

​The most important thing for me was that, we all left the room with a clear plan of what we are going to do over the next 12 months, and beyond… The three of us now have specific things to do that all dovetail towards our goals and the business goals, we also know that these things are to be measured and reported on – a must!”

"I know we meet up quarterly for our board meetings and look at things in those meetings and indeed map things out and get things done., but for me, this meeting was different as there were more issues to get out on the table and sort out - this we absolutely achieved and wouldn't have done without your input." 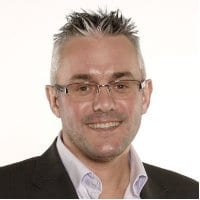 Knowing for sure which marketing activities work best can feel like placing bets at the bookies.

So they asked Paul to deliver his Business One Page Plan keynote presentation with a Scottish twist. In the end this morning event helped generate £42,000 in additional fees for the firm. Here's Ian's thoughts:

Paul delivered an enthusiastic, stimulating, inspiring and challenging presentation whilst still managing to inject real fun in to the room. Quite an achievement."

"The feedback from the delegates was overwhelmingly positive with 95% rating the quality of his presentation as outstanding, excellent or very good."

"We set some clear goals for the event. Our primary goal was to host an inspiring and engaging event as part of our core desire to be proud of the difference we make together. Paul aided the achievement of this goal immensely. A secondary goal was to create a number of follow on meetings with our delegates and we exceeded our original expectations greatly."

"We are convinced that there are very few speakers around of Paul's calibre, and given his strength of knowledge of the Business One Page Plan and the power it has I would have no hesitation in highly recommending to others that they hire his services if they run a similar event."

On the same theme, Mayes Accountancy are big advocates of the Business One Page Plan (BOPP) too. They invite Paul from Remarkable Practice to run the half-day BOPP workshop every year, for between 40 and 70 people.

The last time they ran the workshop it generated additional recurring fees of £89,000. Here's Andrew's thinking on this:

​We've now got more than 30 business owners on the Business One Page Plan. What's great is clients love it and our team love it too."

"We have worked closely with Paul and now get him to do the keynote presentation at our annual BOPP event to around 50 business owners."

"From the last event we were fortunate to win £89,000 of fees which is a record for us. The event was a real success."

"From the last event we were fortunate to win £89,000 of fees which is a record for us. The event was a real success."

Nigel Bennett runs an award-winning, 7-partner firm in Stockport. We did some work with Nigel and his team a few years back but the impact of the work remains very powerful. See what you think...

​In 2010/11 our fee income from new A & B clients increased by 60% on the previous year and we are targeting a similar increase this year… In the current economic climate this is something Hallidays is proud of and much of the credit for this can be attributed to Paul and Remarkable Practice.” 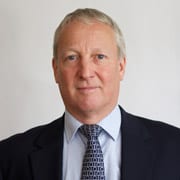 Here's a comment about our recently published ‘Marketing Audit Report For Accountants’ by Richard Thompson, a director at four director firm Thompson Wright in Newcastle-under-Lyne:

“We’re fortunate it’s the start of a new financial year because we’re using the findings in your report to re-construct our marketing plan for this coming year. We’re going to be focussed on the KPI’s and marketing activities your report suggests and feel much more confident that we’re now on the right track for marketing Thompson Wright. It’s £167 truly well spent. Thank you.” 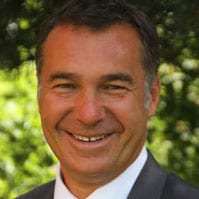